Here we are, another season of Game of Thrones!!

This season like any other season will be epic!

Just on the side note, sources tell me that 4 episodes of GOT has been leaked onto torrent sites.

Now don’t you be downloading them! I don’t approve

So what happened last year in Game of Thrones?

I was telling you about how Tyrion Lannister would survive to see the next season. And was I right? Was I???

I think it’s customary at a time like this to say: 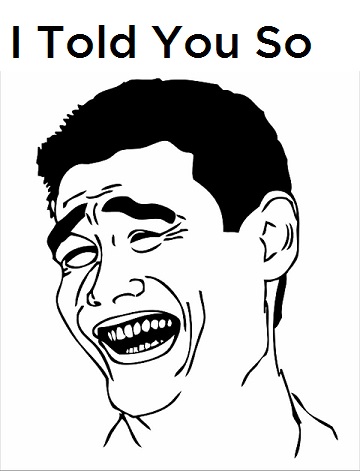 You would think Tyrion Lannister escaped the clutches of his twisted family, arrive somewhere safe and continue being his awesome self…right?

It’s reasonable to think his life will go on the way it was. But here’s the thing, where else in Westeros do you find more action, more suspense, more harlots than King’s Landing?

Not north of the Wall

So in reality Tyrion left the action and adventure far behind.

Where ever he is I bet the only action he gets is watching his beard grow. 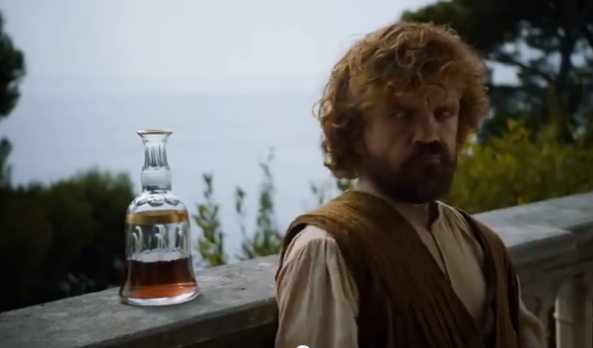 “That little monster is out there somewhere drawing breath” – Cersei

Alright let me land the dragon with Tyrion… I think this is Tyrion’s last season.

(I haven’t read the book in case you’re wondering).

It just feels that way to me.

In any case, lots of things to look forward to this season. New characters, new plots, and definitely new surprises.

What an amazing match!!

The 2014 FIFA world cup comes to an end with Germany as the winner.

Rehearsing how they’re going to react to losing 😀

These two teams are a power house.

Both teams are extremely dangerous

For much of the FIFA tournament it seemed the Argentines relied heavily on Messi to bring them through.

Meanwhile Germany competing as a team rather than relying on a hero.

For this reason alone it seemed Germany was going to take the world cup. 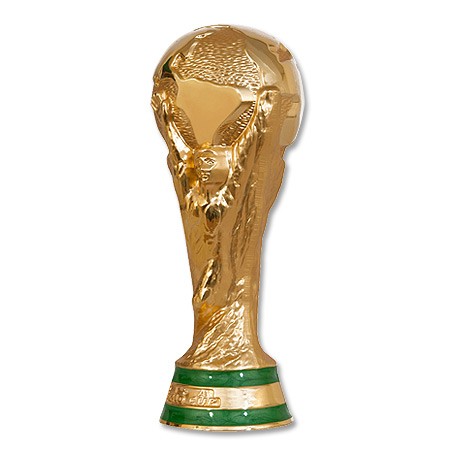 And win they did.

No matter how hard Argentina prayed for Messi to score that goal it didn’t do a dam thing at winning the cup. 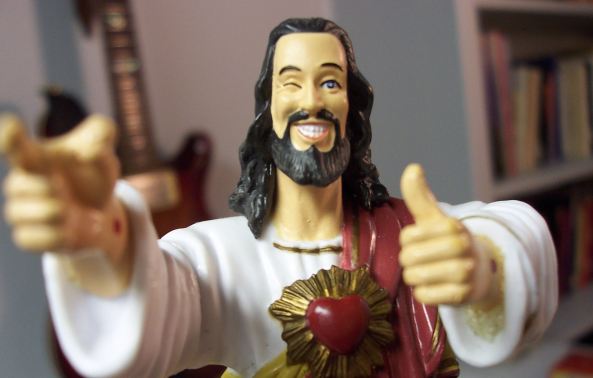 Because not everyone can be Jesus

No hard feelings on either side of the teams though

The nature of the game is a winner and a loser.

He could’ve just killed him when he had the chance… 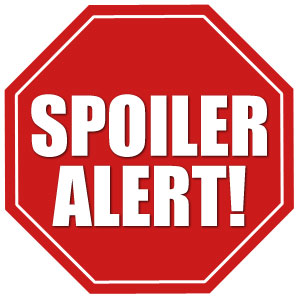 He was one of my favorite characters too.

The Red Viper of Dorne…two thumbs into his eyeballs and then head smooshed into bits and pieces.

So let’s recap what happened in this weeks episode of Game of Thrones:

Oberyn Martell gets his head smooshed. 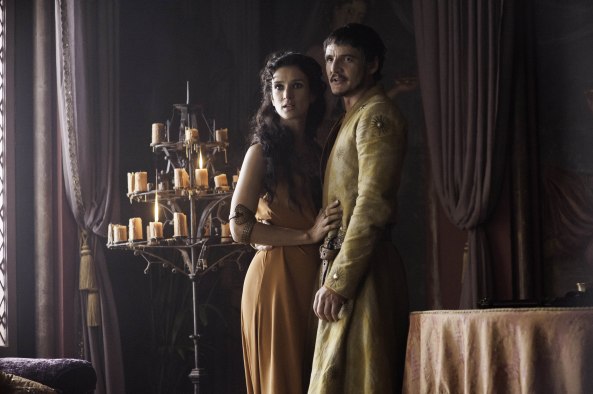 But R.R. Martin is known to pull a fast one under your feet each time something good is about to happen.

I guess that’s what makes it interesting. A bit of man soap opera gives GOT the kind of kick very few shows deliver.

Not only do you feel a sense of loss but you’re left with an impeding sense of danger for Tyrion as his lifeline deminishes to 0.

You’re left with another 7 days of pondering Tyrion’s fate before the next episode airs.

But nobody cares about Jorah

I didn’t think so.

So yeah, back to my point

The question on everyone’s mind now is “Will Tyrion die?”

Don’t think so. The Gods of Westeros gave Tyrion more lives than the weed growing on your front lawn. Think of all the ways he could’ve died up until today…

So fear not fans, I’d bet the coins of Iron Bank that Tyrion will last a bit longer. This horse hasn’t finished his race just yet…

Yep I keep an eye on the episodes like a hawk! Never missing a beat.

But you know what else?

I also went to the Game of Thrones exhibition at the Bell Lightbox in Toronto.

What’s surprising is a lot of GOT fans weren’t even aware of an exhibition taking place.

Even so, the tickets were sold out and the only way in was to wait in line until space became available.

I dropped by last Thursday evening to check it out and the wait time was over two and a half hours…in the rain.

Good thing I had GOT fans to talk to during the wait. 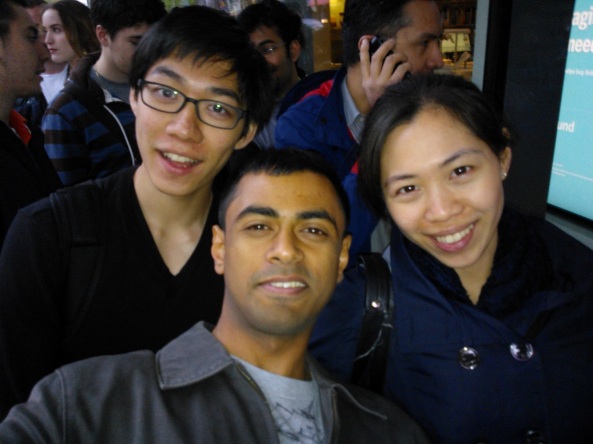 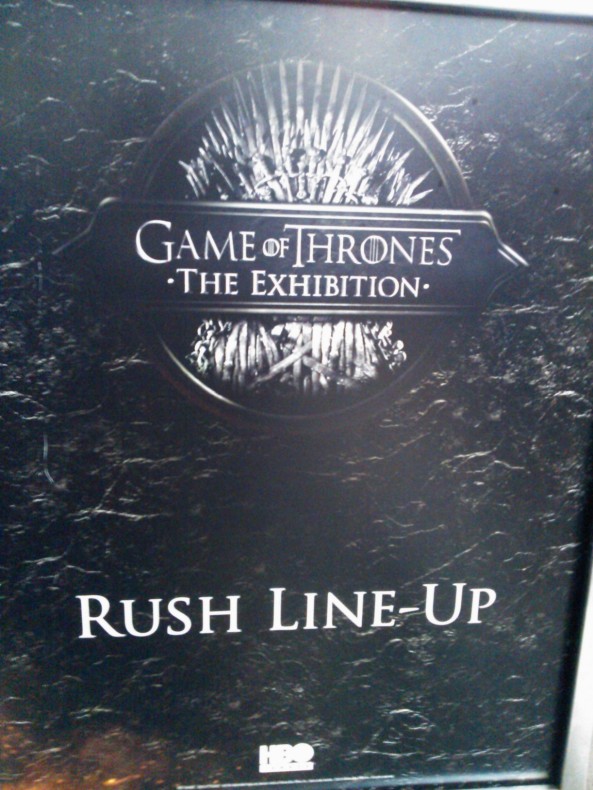 The first thing I see when I enter the exhibition is the wall of every major character that’s died since the first season. I just had my cellphone to take pictures but here’s the image: 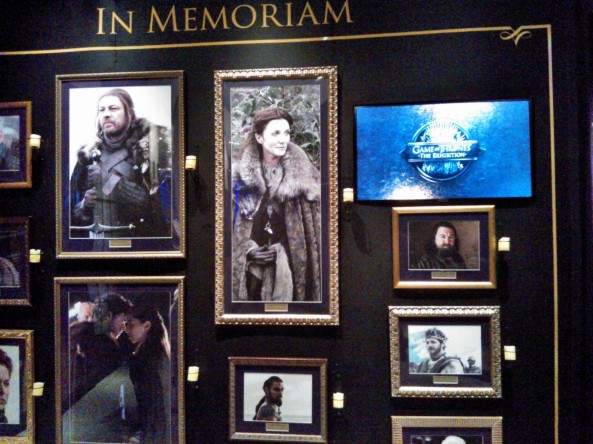 And of course who could forget the epic Red Wedding: 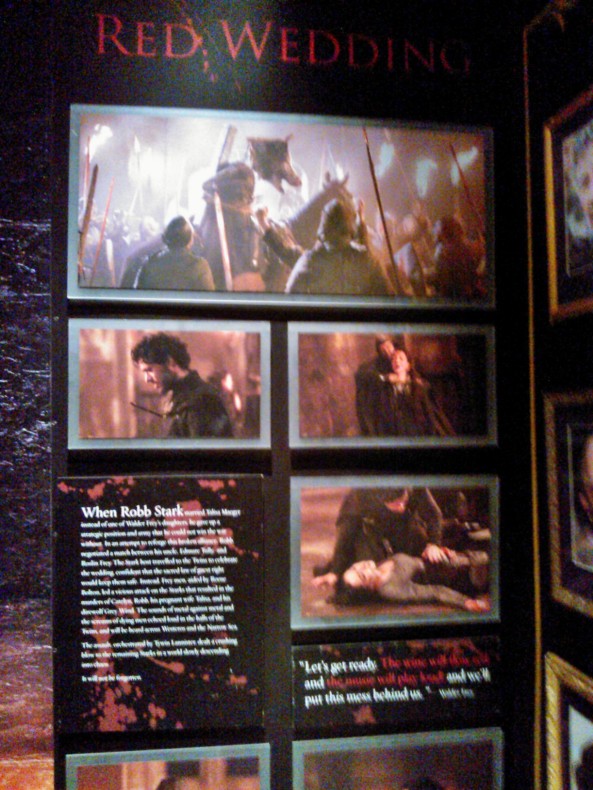 Ever had one of those days when you just had to put on armor and wage an epic battle? 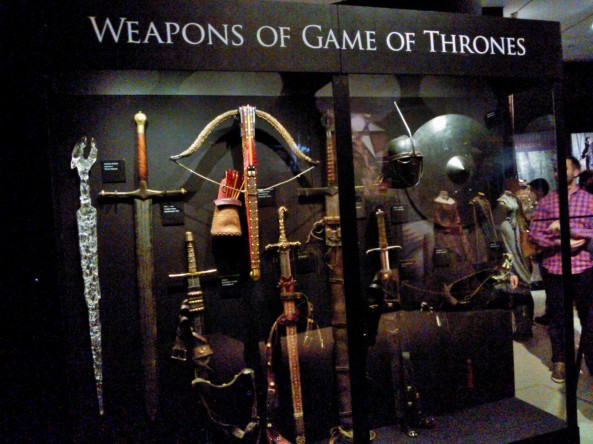 And what kind of Game of Thrones exhibition would it be without limbs and severed body parts shown for display? 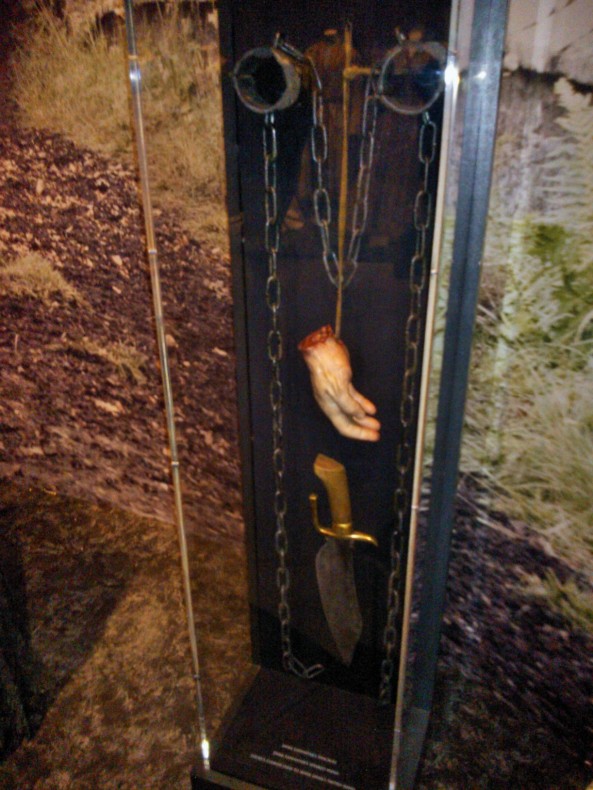 Ok fine, maybe you might not be too thrilled about the severed right hand…maybe not even the weapons…

Maybe it’s the wardrobe that really piques your interest. 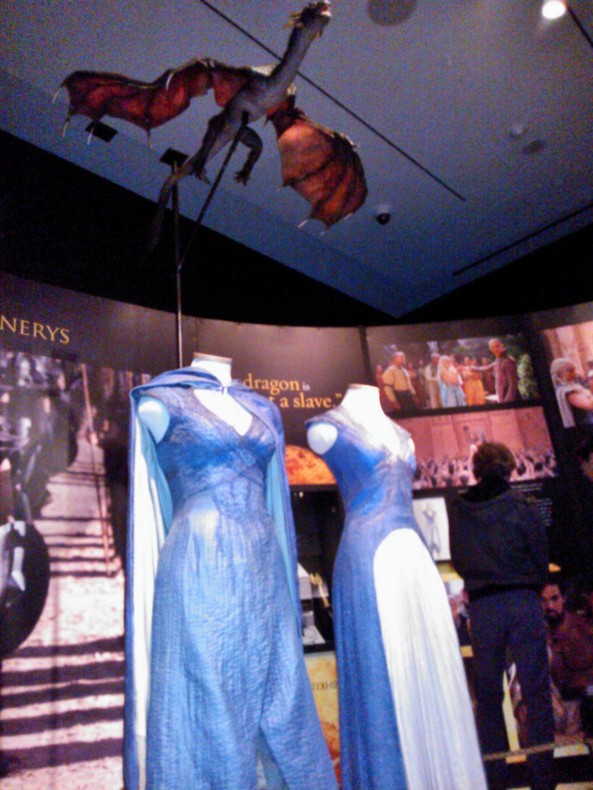 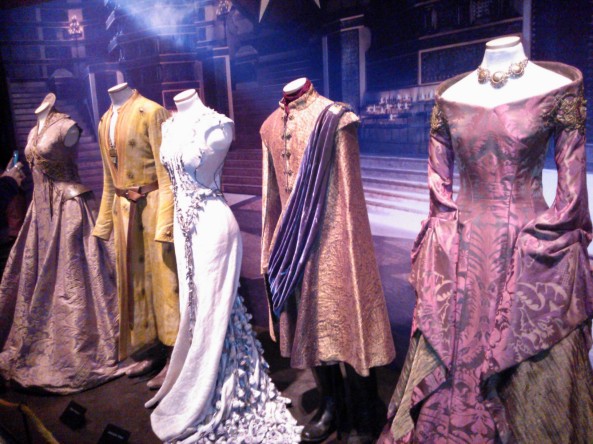 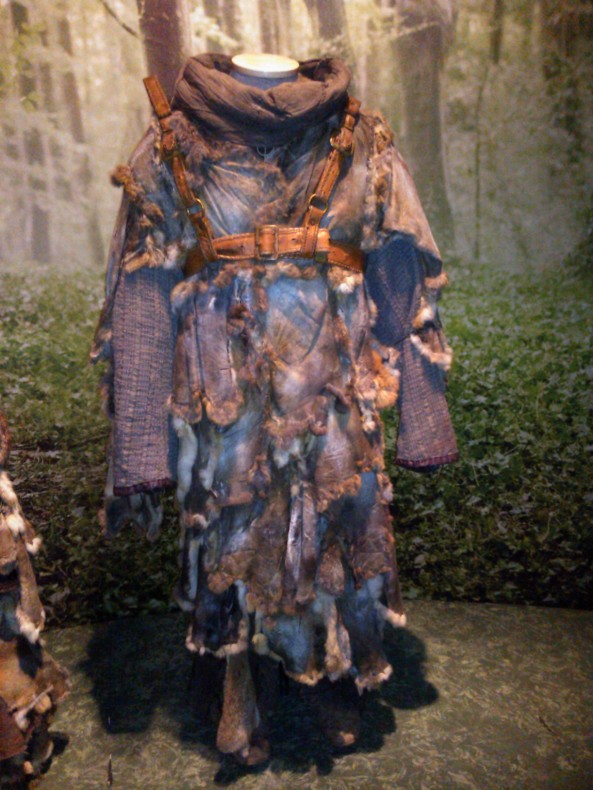 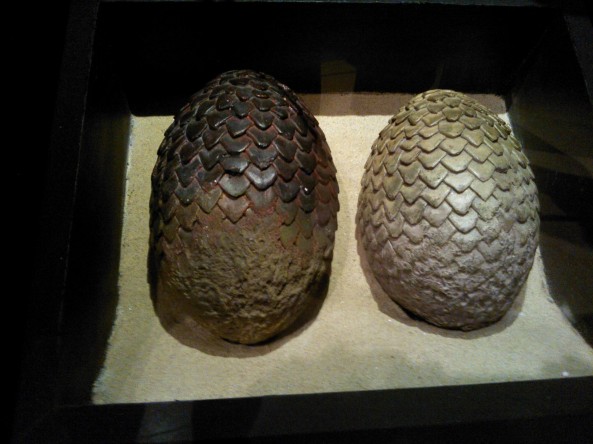 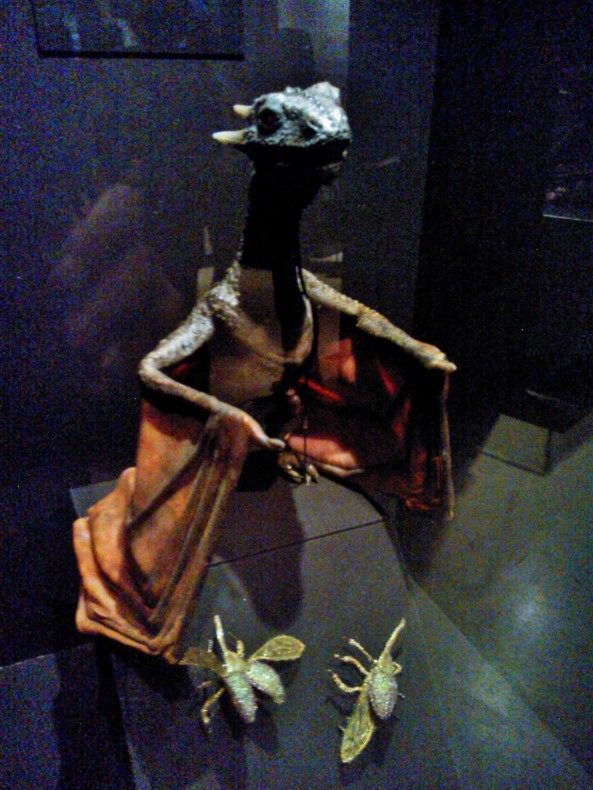 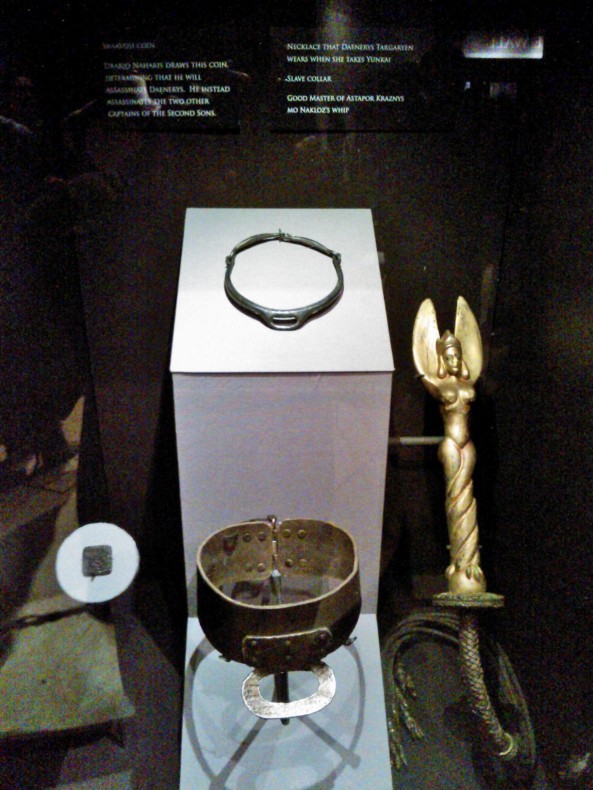 And of course there was the “Ascend The Wall” Oculus Virtual Reality experience where you get to experience what it’s like to go up the elevator and see north of the wall.

But for the most part that’s pretty much it. The exhibit was rather contained in a small area. No iron throne to sit on like last time…but enjoyable nonetheless.

If you couldn’t go this year you should definitely check it out the next time it comes around…it’s free anyways so why not.

Words on the street that the new Godzilla coming out is “Too fat for it’s role.”

Hollywood was never kind to out of shape lead roles. The same would go with an apocalyptic monster of destruction…a few pieces of chub sticking out and BAM it’s over.

Many on Japanese forums have even linked it to the likeness of NFL Football players. “He’s pudgy and cute.”

Godzilla laying smackdown on such comments:

But I don’t know…is Godzilla made to look like the image of a pudgy American?

What say you Canada?

Has Hollywood gone too far Or is it just right?

Here’s an older version of Godzilla: 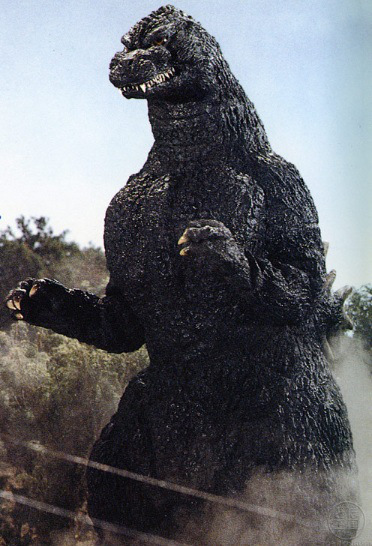 And here’s the 2014 version of Godzilla: 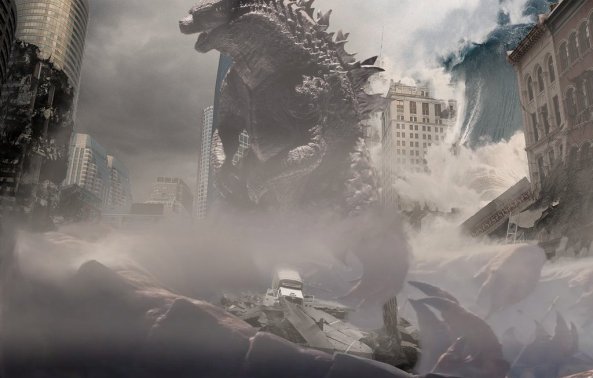 Do you see it?

Leave the beast in peace.

Come May 16th, that’s when we can judge the movie in it’s full glory.

Till that time let’s enjoy an extended video trailer of the movie:

In the Toronto’s Ripley’s Aquarium of course!

It was a Turtle surfing Sting-Ray gliding, standing on the conveyor belt and riding along the Shark tank filled awesome day!

The whole trip along the aquarium took a good one-and-half hour. END_OF_DOCUMENT_TOKEN_TO_BE_REPLACED

Well in case you missed out on the last article you can get it…… Here: The Intimate Parts of Sexapalooza – Part 1 There, Click on it!!